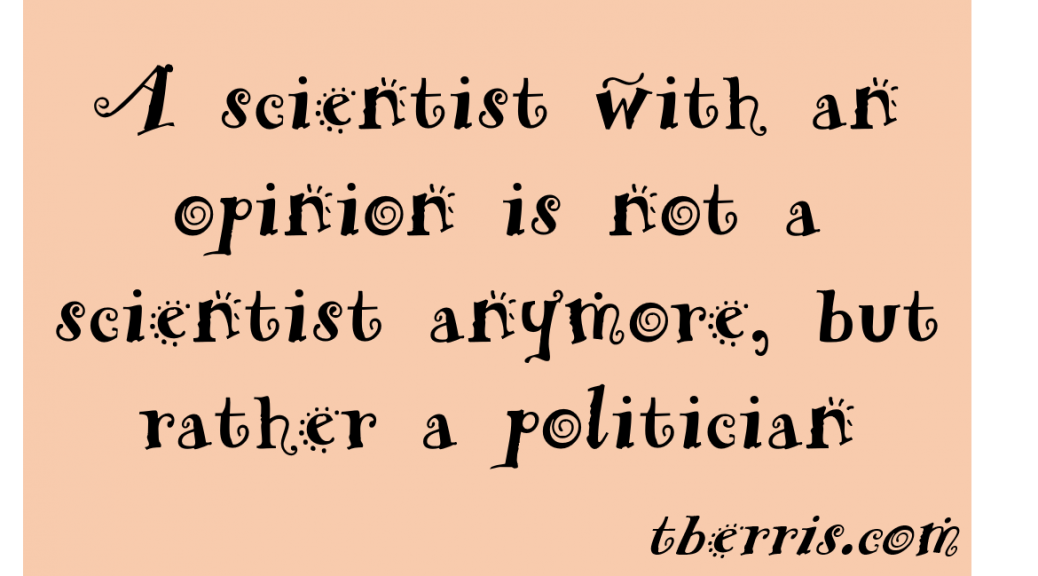 In order to appreciate the value of the scientific method we need to first understand how much ambiguity is hidden in plain sight. Ambiguity pervades human life. It is everywhere. Almost all human interactions are affected by it. Imagine two people in an art gallery standing in front of a famous painting. After introspectively looking at it for a while, they have a brief conversation. They find out that they both agree the painting is heartwarming and soul soothing. Some kind of collegial spirit develops and makes them happy with the fact that they agree, before they part ways. One may wonder: Which soul were they talking about? The one jumping from body to body for eternity? The one that after death on earth resides to heaven for ever? Maybe the one that is a “spiritual” manifestation of physical processes in the brain? Does soul even exist? Who knows?

The probability that the two individuals in the above example, feel exactly the same, should be very low. Even if we tried to estimate and compare how they feel, by what they say, our results would not be meaningful. Language is not even remotely adequate to accurately and objectively describe human subjective experiences. There are subjective experiences (qualia) that are impossible to explain to third parties, no matter which language we use.

A simple example of such a subjective experience is the perception of colour. It is impossible to explain what red colour is, to someone who has never seen it. It is not even certain that two individuals see the same “colour”. They just agree to give a certain neural impression in their brains, a specific name. Now, just consider for a moment that the perception of colour is an elementary subjective experience. Imagine the difficulty of trying to describe complex subjective experiences such as feelings towards other people, “spirituality”, etc. Considering biases and other psychological factors confounding human perception, even basic human communication seems improbable! David McRaney explains these important limitations of human perception and communication in his great book: “You are not so smart”

Obviously, the above mentioned limitations, also affect human understanding of objective reality. By basing their understanding of reality on vague, incommunicable subjective experiences, instead of firm, objective, independently verifiable observations, different individuals generally end up perceiving reality differently. Unaware of the limitations of their subjective perception, some people go as far as believing their subjective view of reality coincides with objective reality. This is most probably not true, as perceptions not based on objectively verifiable data, may only coincide with objective reality by sheer luck. The above brief analysis, leads to the obvious conclusion that basing practical decisions on subjective opinions/ideas is generally not a good idea. It may lead to over-simplifications and inaccuracies hampering analysis of the objective reality and effective problem solving. However, deciding subjectively about issues of no practical impact is acceptable. Preferring your potatoes on the right or left side of your plate does not really matter and being “wrong” will not have any negative side effects. Nonetheless, no matter how unscientific, it is always enjoyable to explore people’s wildly different subjective ideas and opinions about the world we live in.

On the other hand, currently available objective (independently verifiable) information is limited. It is certainly inadequate to provide a complete understanding of objective reality. In the not so distant past, the situation was even worse. Knowledge was even less and limitations of human perception were not even suspected. People mostly tended to form their opinions and trust in them. Only relatively recently have we acknowledged the limitations posed by human perceptive abilities and subjectivity.

After seeing subjectivity for what it is (useless in determining objective reality), the reasonable step was to try to decrease subjectivity and always keep an eye for limitations in human perception. That is what the modern scientific method is ideally striving for.  Reducing dependency on the individual observer to the minimum, while maintaining a high degree of vigilance to account for possible limitations in perception/understanding. This is possibly the closest humans can get to the objective reality (which may not be conceivable in its entirety).

As a simple example of objective expression let’s go back to colour. One way to objectively express colour is in terms of electromagnetic wavelength. This objective expression does not depend on the observer. In fact it completely ignores the subjective impression of red on the observer. Even an observer who has never seen red, could be informed that the colour that corresponds to 700 nm wavelength, is red. He or she could then reproduce the electromagnetic wave and see the colour, if they want to experience red subjectively. Their subjective perception of the colour is however irrelevant in communicating what red is. The described objective method of defining colour is scientific. It is independent of the observer and can be reproduced by anyone. This method of defining colour is less ambiguous than language and obviously improves communication and possibly problem solving.

The question that remains is: How objective is the scientific method? The simple answer is: Not absolutely, but it is the best we got and it keeps improving! Regarding the above colour example, the truth is that no one can be absolutely sure about the “true” nature of electromagnetic waves. We just have a set of theories that seem to be working, allowing accurate predictions, verified by experimentation. Future experiments will improve our understanding and probably update or even replace current theories about the real nature of light and colour. However, our current scientific understanding of light and colour is the closest systematic approximation of objective reality so far.

The above list is not exhaustive but explains how and why the scientific method has the potential to uncover the workings of the world and objective reality. In this sense, the value of the scientific method lies in its function as a sharp tool for sound decision making and problem solving. This is why we need it!

It is important to note that science does not work ideally because scientists are human beings. They are prone to bias and subjectivity. The scientific method has the potential to help them overcome their inherent shortcomings but only if applied properly. Often, individuals claim to be scientists but they do not even intend to use the scientific method properly. Their goal may be to appear credible in order to promote their personal agenda. The scientific community should try to protect its integrity by weeding these cases of “scientists” out of trusted scientific fora. Protecting science from such integrity issues is vital for maintaining public trust in science.