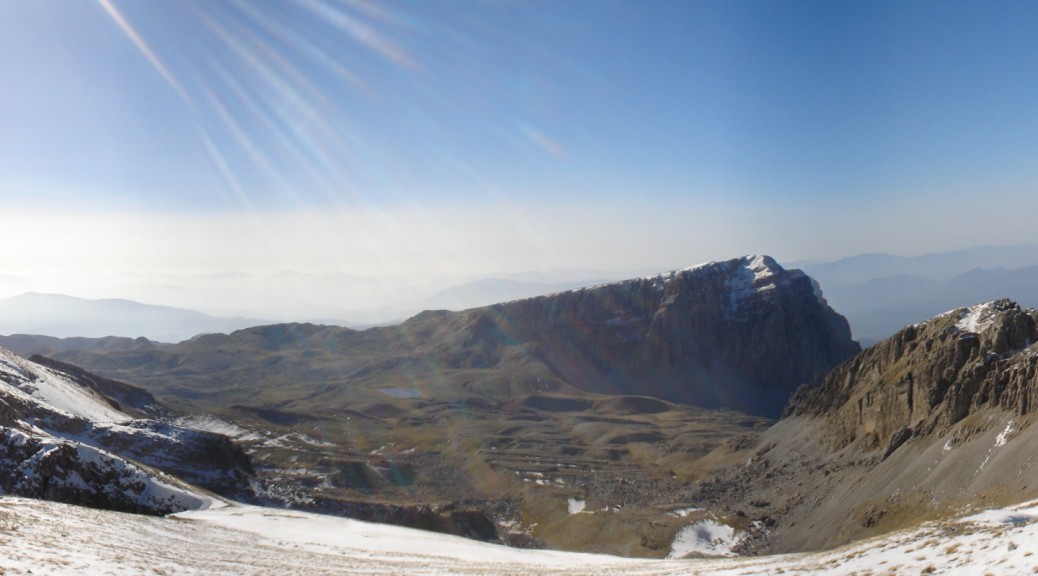 This is the first post of the series: A Glimpse of Greece. In this series I intend to post pictures and videos from my homeland, Epirus, as well as other parts of Greece I have visited.

I had the chance to visit a lot of places and take hundreds of pictures. Most of them with a crappy 4.1 megapixel camera with no optical zoom. Some of them even with a 2 megapixel phone camera which obviously distorts colors greatly! It would be a pity if these photos stayed hidden forever on my hard disk…

Greece and especially Epirus need all the exposure they can get and even more. I consider myself lucky to come from a place of great natural beauty. Epirus itself lies in the north-west part of Greece. Being on the western, rainy side of the Pindus mountain range, Epirus receives a lot of rain. Its water reserves are vast (compared to other parts of Greece). Rivers and green forests of different kinds cover this relatively obscure and sparsely populated part of Greece.

In this first post I will start with pictures from the ascend to the peak Gamila of the Tymfi massif in Ioannina, Epirus, Greece.

Tymfi massif is a very important and impressive mountain range. Its highest peak is Gamila (2499 m elevation). Tymfi is important from a geological point of view, as well as because it is hosting rare flora and fauna. The Zagori villages around the area, Vikos-Aoos national park and the Vikos Gorge are worth seeing. The interested reader may inquire further information on the corresponding hyperlinked wikipedia pages.

The following pictures were taken several years ago in 2004. This post will be more interesting for readers who like hiking and views from the top of the mountains. Information about the hiking path can be found at: